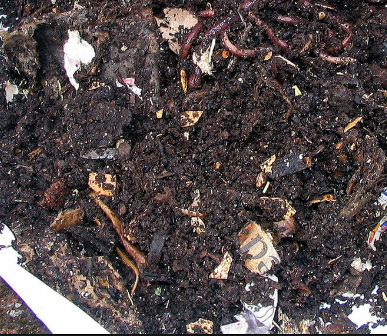 Vermicompost is the fertilizer made from organic waste through the actions of some cultivated worms, usually red wigglers, white worms, etc.; through a process known as vermicomposting. Vermicompost is cheap and very helpful as it supplies crude nutrients for crop use and also serves as a soil conditioner.

The use of organic fertilizers, like vermicompost, is now preferred to inorganic fertilizer; however, this is only or best for the rural areas where people are adaptive to such effect. The need for agriculture is now enormous, both the urban and rural areas must engage in agriculture to ensure an adequate supply of food for the increasing population.

By 2050, it has been predicted that the world population will be around 9 billion; presently, there is a need to increase food production by 28% to ensure even and adequate distribution of food across the globe. Relying solely on rural areas to supply food is quite hazardous to the globe.

You need the following equipment to build a vermicomposting farm; they are:

The gloves and farm coat are personal protective equipment (PPE). Proper hygiene has to be maintained in all farming activities; use of PPE protects you from direct contact with microscopic pathogens. The hand fork is used to open up a hole in the corner of the compost bin to feed the worms daily and also to pulverize the compost during harvesting.

The vermicomposting bin is the worm house and where the composting is done. It is a controlled environment that facilitates the growth and activities of the Vermicomposting worms. In vermicomposting, the worms are the animals catered for, they are domesticated and managed to be productive just like how bees are kept in the hive. The waste of the worms is what farmers need to fertilize the soil. The compost bin can be made of wood or plastic; however, wood is preferred as it is more absorbent and gives a better insulating effect.

The vermicomposting bin must be designed such that it allows the exchange of material, such as air, excess water; with the environment. To facilitate this, drill some holes in the bottom of the compost bin for aeration and drainage; excess water draining from the container may be collected and used as liquid fertilizer, it is also very effective. The compost bin should be covered always to conserve moisture and provide darkness for the vermicomposting worms to enhance their activities in the bin. Like other animals, worms need adequate ventilation.

Beddings are important components in vermicomposting; bedding facilitates dampness in the vermicomposting bin and also allows burying of food for the worms. The bedding material must be damp, edible, absorbent and fluffy in nature; common bedding materials used are: sawdust, shredded newspaper or cardboard, groundnut husk, rice hull etc.; sand can also be added for the worms’ gizzard and lime to regulate the pH of the system.

Worms play an important role in vermicomposting, but not all worms. There two types of vermicomposting worms used in this process: Eisenia foetida also known as red wiggler or manure worm and Lumbricus rubellus. They are both found in aged animal manure or compost. These worms are kept and fed inside the compost bin; they are fed with waste food materials such as fruits, vegetables, tea bags etc.; sternly avoid feeding worms with oily foods, dairy products, and meat. They result in offensive odor, attract flies and rodent.

Steps Involved In The Making Of Vermiculture Compost

Firstly, you need to get your Vermicomposting bin, design it as described above to enhance worm cultivation conditions. Get your bedding materials inside the compost bin; you can use more than one bedding material for better interaction in the system. 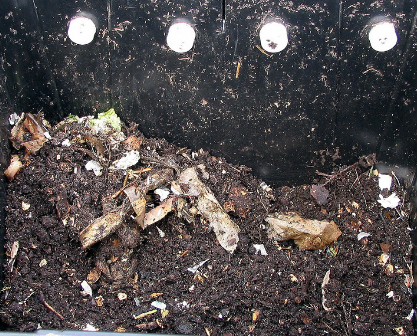 Place the vermicomposting worms on the top of the mixture and watch them crawl to the bottom; the amount of worms needed depends on the amount of feed to be fed. If you are serving one pound of food daily, you will need two pounds of worms.

Feeding is done by burying the feed in one corner of the compost bin after digging the corner with the hand fork. The feed is then covered with the beddings. Feed in different corners every week till about 4 months when the vermicompost is ready for harvesting. Ensure the compost bin is covered always. 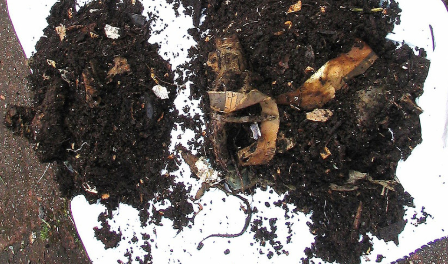 Vermicomposting is an environmental-friendly practice as it can be done both indoor and outdoor. The dark brown earthy material produced, Vermiculture compost is a balanced source of primary plant nutrients (nitrogen, phosphorus, and potassium) and micronutrients.

It is also called worm cast; it is odorless and does not burn plant parts like the roots when applied as seen in animal manures due to their high urea content. In addition, vermicompost or wormcast does not harbor plant pest or diseases; it is the most ideal organic fertilizer for both rural and urban farming. Ensure the vermicomposting worms are kept under favorable conditions and watch them produce rich manure for your crops.

Stay updated with our posts by subscribing to our posts via email and get instant notifications on new posts. You can as well join our Facebook group, WhatsApp group, and Telegram group, for an instant update from us.

5 thoughts on “How To Make Odourless Vermicompost For Organic Farming”