Livestock production is a sector of agriculture that deals with the rearing of farm animals. There are several factors that affect livestock production; part of which is feeding. Feeding takes about 90% of the total cost of production. A good feed, at times, may look bad as a result of some factors within it called anti-nutritional factors. Antinutrients in soybean are known for their detrimental effects on the digestibility and utilization of the feed.

Anti-nutritional factors are present in some feedstuffs and absent in some; like maize, it does not contain any antinutrient. Antinutrients are common in oil seeds and plant protein sources, like soybeans, cotton and groundnut. It is also present in some energy sources like sorghum, it contains tannin.

Soybean is one of the best sources of protein in livestock diet; soybean is highly nutritious as it contains a good profile of essential amino acids needed for plant growth. Soybean contains crude protein of about 35-40%, which is relatively a high quantity and very palatable for livestock.

However, soybean contains anti-nutritional factors that tend to reduce the quality of the protein present in it and also reduce the efficiency of the feed. 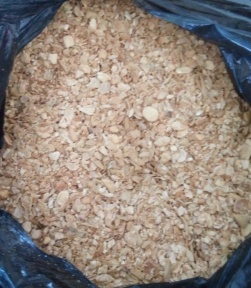 Anti-nutritional factors in soybean are quite surplus; they are toxic, stimulatory and inhibitory in nature. Each has a detrimental effect it plays in the absorption of nutrients in the animal gut. These antinutrients do not reduce the number of amino acids in the soybean, but reduce the digestibility and absorption of the protein, hence, making the nutrient unavailable for the animals to utilize.

Anti-nutrients in soybean are:

Trypsin inhibitors are specific proteins present in raw soybean; they inhibit protease enzymes present in the digestive tract of the animal. They often cause stunted growth as the protein the soybean is meant to supply cannot be successfully absorbed in the small intestine of the animal due to the inability of the enzyme, Trypsin, to act on them. This is why it is recommended to feed monogastric animals, like chicken; raw soybean as it will only result to waste of resources.

I know you are familiar with estrogen, a common hormone found in female animals. Phytoestrogen mimics estrogen, they are usually found in minute concentration in raw soybean; they have little or no effect in the performance of animals when fed.

Tannins are phenolic compound present in soybean. They are also in little concentration which is not of significant importance in animal feed formulation.

Soybean contains a little concentration of saponins. Saponin is a compound known for their ability to impart bitter taste in soybean and any feedstuff they are found. They are also of little or no effect in the performance of animals.

Oligosaccharides are types of Carbohydrate that cannot be digested by monogastric animals. In human, they cause flatulence, which is the release of gases, as a result of the microorganisms in large intestine feeding on them. They are indigestible, hence, reducing the energy content to be supplied by soybean.

Lastly, Phytic acids are present in all plants. Soybean contains about 1.5% of Phytic acids; they resist the digestion of phosphorus present in the soybean. This leads to the deficiency of the mineral if soybean is its primary source in that particular diet.

They also distort the absorption of other essential minerals like: calcium, zinc, iron; in the digestive tract. To curb the effect of these acids and aid effective utilization and absorption of phosphorus and other essential minerals in the diet, an enzyme called Phytase is added to the diet. It neutralizes the effects of these acids and aids the availability of the minerals.

How to eliminate anti-nutritional factors in soybean

Soybean is very essential in animal nutrition. It is a good source of protein with a good amino acid profile. The detrimental effects of these antinutrients often result in the poor utilization of soybean. However, these anti-nutritional factors can be eliminated before using soybean as a feed ingredient.

There are different methods of eliminating antinutrients present in soybean; these methods result in the production of full fat soybean and soybean meal.

Primarily, these anti-nutritional factors are removed through heat application. Heat denatures antinutrients, therefore all the methods used in treating soybean are through the application of heat through various means and concentration. These methods are:

Roasting involves exposing the soybean to a high temperature for a short time. This can be achieved through several means such as passing the soybean through a heat source in a continuous flow system or through the traditional means of roasting groundnut. The beans can as well be suspended in a stream of hot air. After roasting, the soybean should be exposed to air for about 10 minutes to fully deactivate the antinutrients present in it.

Extrusion is a mechanized method of eliminating the anti-nutritional factors in soybean. Extrusion involves the application of high pressure and temperature to soybean in a continuous screw system called cooking extruder. The heat created through friction and pressure is used to eliminate the antinutrients present in the soybean.

Extrusion increases the quality of the soybean by increasing its surface area as the extrusion process disrupts the cell walls of the beans, thereby exposing the nutrients. Extrusion usually takes a short period compared to other methods.

Antinutrients are present is almost all the feedstuff, especially plant originated ones. As a livestock farmer or animal nutritionist, you must be wary of all the feed ingredients you compound together to make a diet if you really want to get the best out of the diet.

4 thoughts on “ANTINUTRITIONAL FACTORS IN SOYBEANS WITH TREATMENTS”