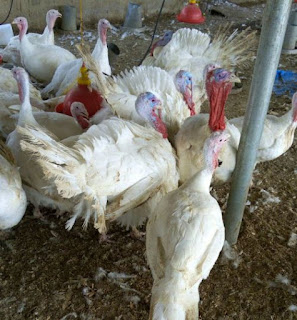 Among all poultry birds, turkey is of high economic value. They are fleshier and produce more meat for consumption. Also, the quality of the protein in turkey is relatively higher than other poultry birds. Blackhead disease in turkey is a major disease that greatly impairs the productivity of the birds. Diseases are best prevented than treated; several measures have to be taken to prevent and control this disease. But before then, let us find out the causes of blackhead disease.

Causes Of Blackhead Disease In Turkey

Once a turkey incubates the Blackhead organism, Histomonas meleagridis , the organism infects the cecal worm in the bird’s digestive tract. Cecal worms are prolific in nature; they produce copious microscopic eggs that are also susceptible to infection by the Blackhead organism. These eggs are deposited to the environment through the droppings of infected birds.

Healthy turkeys gullibly ingest these eggs, thus, becoming infected and perpetuating the disease cycle. The cecal worm egg is highly resistant to heat, cold and most disinfectants. As a result of this resistance, a contaminated area remains contaminated for a long time. Other poultry birds susceptible to this disease aside turkey are pheasants, quail, and other game birds.

Symptoms Of Blackhead In Turkey

Sometimes, the head of the bird has a bluish or black discoloration of the skin due to deficient oxygenation of the blood. The primary lesions of Blackhead develop in the ceca and the liver. These lesions, thus, promote bloody cecal discharges.

How To Prevent And Control Blackhead Disease In Turkey

Prevention, as it is popularly said, is better than cure. Farming could be very lucrative only if farmers would follow and adhere strictly to preventive measures. It is the best form of treatment of any poultry disease.

Turkeys must always be prevented from getting access to their droppings. The litter materials should be changed regularly and the stock density of the pen should be moderate. Avoid overcrowding; it increases the spread of diseases and contamination. Deworming is also one of the preventive measures of Blackhead disease; deworming should be carried out occasionally to eliminate detrimental intestinal worms like the cecal worms.

However, in a situation where the disease has been established, treatment of the disease follows to recuperate infected turkeys. Drugs are commonly used for treatments. Do not make the mistake of administering vaccines. The most effective drug used for treating Blackhead disease in turkey is Histostat-50. It can be used as feed additives as it can also be used for prevention.

Although Blackhead can be a devastating disease causing high mortality in turkeys and other poultry birds, routine prevention strategies can reduce or eliminate its occurrence.

2 thoughts on “Blackhead Disease In Turkey: Causes, Symptoms And Control”